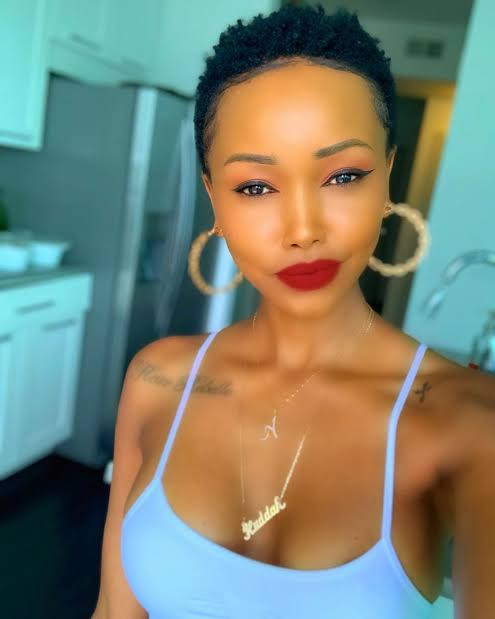 Kenyan socialite, Huddah Monroe has said she is saddened by racism and the killing of Black men, however she will "never" protest for Black men because they are racist to Black women and treat White women better than they treat Black women.

She said Black men only remember Black women when they are down and being discriminated against. She added that when they become successful, they go for white women and bash Black women.

She said Black men shame Black women for their looks and skin colour while comparing them unfavourably to White women. She added that the White women Black men do these for are only interested in Black men because of their pockets.

She said that until racism is addressed in all it's forms, including the discrimination Black women suffer in the hands of Black men, she will not protest on behalf of black men.

She wrote: "A place where black man can’t prosper without looking suspect is not a place I can live. America is thrash to me, I have gone their many times but I never felt safe. That place is creepy, they sell y’all a dream."

She added; "Police brutality is bad but how alot of black men disrespect their own black women.

"I could careless. I would never go protest on their behalf. To each their own because when you have money. The other race is better than your own. Let them fight for you.

"Keep the same energy! And a lot of black women need to wake up and don’t let nobody disrespect you or make you feel insecure about yourself because you ain’t lighter or whiter. You are beautiful! Remember that!

"Imagine that! Racist against your own race! Selfishness of the highest order’ Damn!

"A lot of successful black men are super racist to their own black women. Never happened to me but I hear them speak and I put them on check. So let is address this issue of racism on all levels.

"Black men are also racist to their own back women. Some foolish bastards think dating a white woman gives him power and makes him look successful. Why will they not disrespects and kill you?

"A White woman only entertain a black man cause of his pocket, not because he looks good or f*cks better. I see how they treat their Nigga boyfriends but bush men think they looking successful.

"Once a Nigga falls off that’s when he remembers his black women. Y’all stupid as f*ck especially black American men and few bush lame African men. Y’all make them feel special and better than you. Why won’t they kill you?"

Read the rest of what she wrote below. 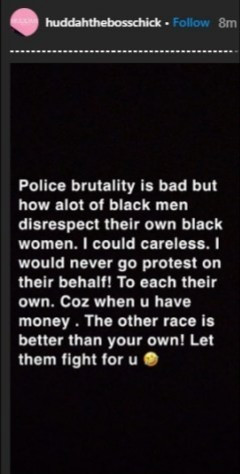 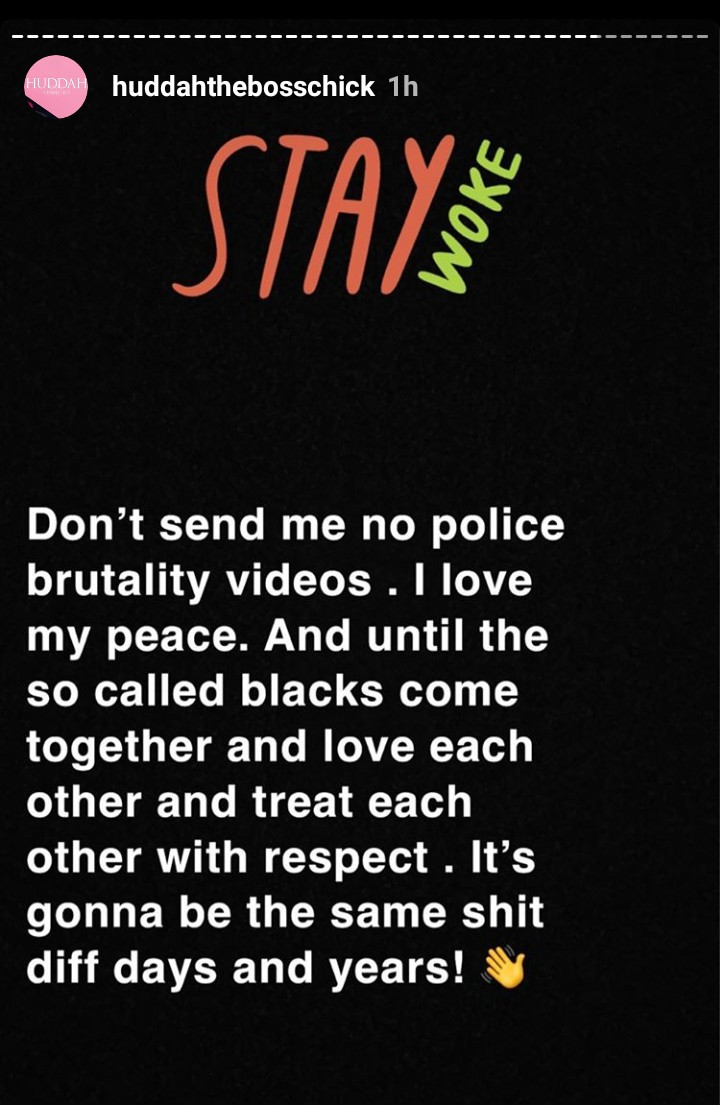 DROP ONE GARLIC IN YOUR TOILET AT NIGHT

OK that's what she believe

That's her reason though..

You have reached your limit of 5000 friends!

File size error: The file exceeds allowed the limit (92 MB) and can not be uploaded.

Unable to upload a file: This file type is not supported.

We have detected some adult content on the image you uploaded, therefore we have declined your upload process.

To upload images, videos, and audio files, you have to upgrade to pro member. Upgrade To Pro